The problem with sandboxes, and a proposed solution

The sandbox will be a problem when we graduate (hopefully soon!) As it is already, the people who look through the sandbox regularly are very little in number. What happens when we graduate, bringing in more traffic? Three problems: 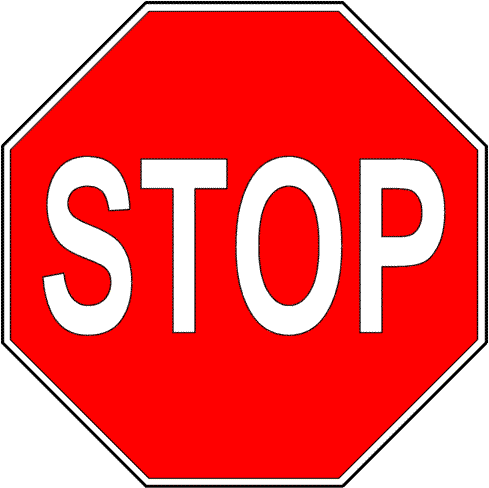 I can already hear the protests: "But why? That's such a radical action! The sandbox was there forever! It can't go away!"

But, aren't we a Stack Exchange site? The entire network was designed so that there is no need for a sandbox. Is there not editing and closing? Questions don't have to be perfect immediately on posting; if you see a minor problem, just edit the post! Comment for major problems, and close unrecoverable challenges.

Are you starting to notice something? This is exactly what other Stack Exchange sites do!

Let's solve this problem, and get one step closer to graduation.

In this post, I'm speaking as a user, not a moderator.

Your proposal could be workable, if we are willing to weed out questions (and answers) as aggressively as is being done on the Software Recommendations site (and if we have enough high-rep users who can nuke inappropriate questions and answers quickly). That doesn't seem to be the current trend, though.

Currently, the sandbox is a buffer against duplicate, poorly-specified, uninteresting, or just generally inviable challenges. It makes the task of framing challenges a collaborative, community-orientated effort. I am in favour of this latter aspect, and would like to retain it even if we switch to a sandbox-less model.

I'd like to expand on the "collaborative, community-orientated" aspect, because it's the cornerstone of my counter-proposal below. Most SE sites involve some sort of personal question the OP has (that other people potentially share). So questions on those sites are more personal. On this site, coding challenges have nothing to do with personal questions; they don't help the OP personally. To that end, the more community refinement a challenge gets, the higher the quality, in general.

Personally, I don't consider the sandbox concept problematic per se, but that the frustrations we encounter are simply the result of the limitations in its current place on Meta.

What we need, in my view, is a way to make all the sandbox questions readily accessible and sensibly indexed (without requiring manual work), along with a way to expire submissions that are either clearly unsuitable or else generally have only lacklustre support. This can be achieved with a dedicated sandbox Stack Exchange instance (e.g., sandbox.codegolf.stackexchange.com), where each proposed post is simply a question, with appropriate tagging for ease of indexing. Posts can then be comment-on, edited, closed, and/or deleted independently of others.

Additionally, moderators (and hopefully high-rep users too) would be empowered to quickly migrate posts off the main site to the sandbox should they fail to meet the site standards.

I know that this is strikingly similar to Chris's answer, but I feel it's different enough that it merits its own answer.

Make a new domain (sandbox.codegolf.stackexchange.com) for hosting the sandbox. Use the standard SE Meta template for the site, with answers disabled, comments always expanded, and rep only affected by comments.

Read on for more details about this proposal.

I would suggest a new domain, sandbox.codegolf.stackexchange.com, for hosting the sandbox. I feel that the same general Meta template for SE sites could be used for it, but with the following differences:

Many features of the current Meta format used throughout SE would still be enormously useful in this sandbox proposal.

Using a slightly modified version of the original SE format for the sandbox could make it far more accessible and easier to use for both users and moderators. It would also make it more feasible to manage at large scale (maybe even SO level...).

On a related side note, if the easy-post button is implemented, users should probably have a minimum rep to post a question on the main site without going through the sandbox first.

I want to throw in an option which doesn't take the nuke-approach but also doesn't require a new site:

Use the sandbox even if the OP posts it on the main site.

This will make the sandbox more popular since many people who don't visit meta will now come accross links to meta if they visit such a question.

Of course if we want this approach to work we all have to give constructive criticism as soon as we migrate questions to sandbox.

I'm not really sure I have a position, but I do have some experience with an alternate method which is pertinent to the discussion. With my last challenge the Steampunk Clacker Animation, I posted directly to the main site. But when fully written up (which I intended to be complete and reasonable, and not need sandboxing), a nagging doubt crept up.

So I slapped "Challenge will open in 24 hours pending comments and corrections" or something to that effect. And I got some good feedback right away and made some needed clarifications in the spec.

If it had been in the sandbox, I probably would've gotten the same feedback because Peter's really good about that. But I might've not posted until I had a working implementation. And as it turned out, writing the implementation did indeed turn up some stupid in the spec.

So, in conclusion, I dunno. I got away with it. I skipped the sandbox.

I agree with the OP that the sandbox should be nuked, but I don't think he paid proper respects to the tools we already have.

The main problem will fix itself in time.

Others have pointed out that the problem with having no sandbox is that our current user base is not bold enough to close or recommend fixes to poor problems. The result is poor questions not getting fixed and being closed slowly.

I'm not a psychologist, but I do frequent StackOverflow and watch questions get bombarded with so much feedback and so many votes that it makes the OP's head spin. They want more code, less code, more tags, less tags, etc. They edit grammar mistakes and indentation problems within 60 seconds of being posted.

The remaining problems are not unique to us.

What happens to all the answers who are invalidated by multiple edits? The owners simply get mad, delete their answer, and downvote the question. That's life everywhere else. Just because we answer with code doesn't make our time more special. Barry Boehm said that fixes to code become exponentially more difficult after implementation. Sorry, but that just doesn't affect your 200 line creations.

Crowd-moderation has a power that simply cannot be achieved using sandboxes, where the crowd is smaller. The sandbox was a great crutch, and it may continue to be for a while, but it should die eventually and won't need to be replaced.

Agree that posting a question and doing the normal feedback loop is probably the best answer usually. But some questions may be in the form that people want to get some review before that.

It seems it would be ideal to address that need for feedback in the Code Golf Chat. Some meta issues are sprawling and chatty by nature vs. being a fit for the Q&A format, and this seems like one of them.

This way, people could develop their question using something like StackEdit and shared in the cloud. (Or use a gist, or whatever worked well enough for a draft...MarkDown is probably not critical in the drafts. Just suggesting StackEdit because I saw it in the open source recruiting ad campaign.)

Perhaps questions actively soliciting feedback could be "pinned" in the starred posts on the right hand column by room moderators, so people would notice them.

Also: it would send more traffic to the chat, thus improving the social/fun part of the puzzling.

40
Sandbox good for its own subdomain?
18
Is The Sandbox Effective?
18
Ethics of posting if you're a bad programmer
5
Revamp the sandbox system?
4
Add an answer "index" feature to questions with more than 5 answers?

9
Help us come up with rules who should be rewarded with an iPad2 for making the site great
5
What to do with the "favorite code golf" question?
52
Graduation Design Ideas
2
Can we retire the Sandbox?
23
An info box to point new users to The Sandbox
2
Please explain why this page was not sensibly migrated to Meta
3
How can we improve our help center?
41
CGCC Blog Post #2: The history of PPCG and CGCC