Popularity of questions, based on post time (and the most useless graph ever)

Back when I was new to Code Golf SE (then PPCG), a lot of my questions didn't do too well, and I didn't have the experience to tell whether they were good challenged or not. As such, I would often blame it on anything I could, like post time.

A few years later, I've started to wonder about whether or not post time affects post popularity. Long story short: it doesn't.

At first, it sounds plausible. If you post during a time when few people are online, such as when major timezones would be asleep, maybe fewer people would answer, vote, or comment, and your question would be buried.

I ran a simple SEDE query on Code Golf (SELECT ViewCount, CreationDate FROM Posts WHERE PostTypeId = 1 or similar), and copied the ~10k results from the downloadable CSV to a JS script (JavaScript, as I found out, is not great at data analysis). I created this badly formatted graph, on a logarithmic scale: 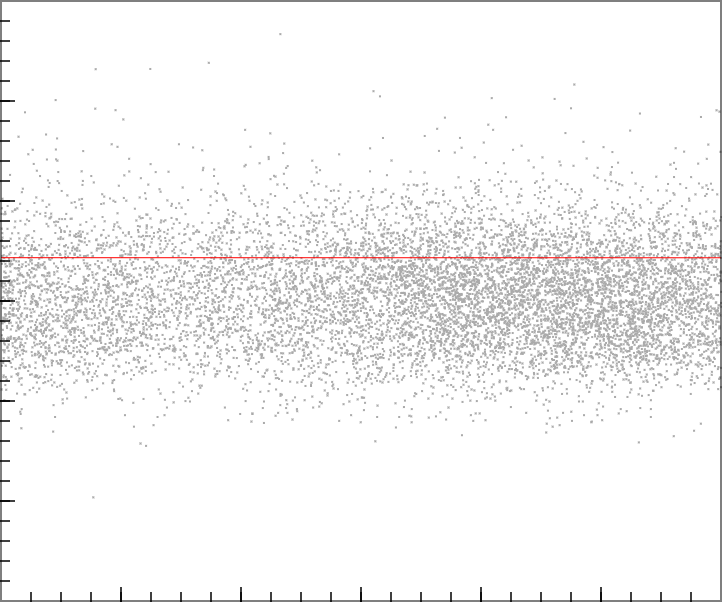 As you can see by the line of best fit (it looks a little high to me, but IDK), post time has pretty much no affect on popularity. The slope of said line is somewhere in the range of -21 views for each hour later in the day.

Being the nerd that I am, I noticed a seemingly higher density of dots to the right, indicating more posts, so I created another graph, which is oddly sinusoidal in appearance: 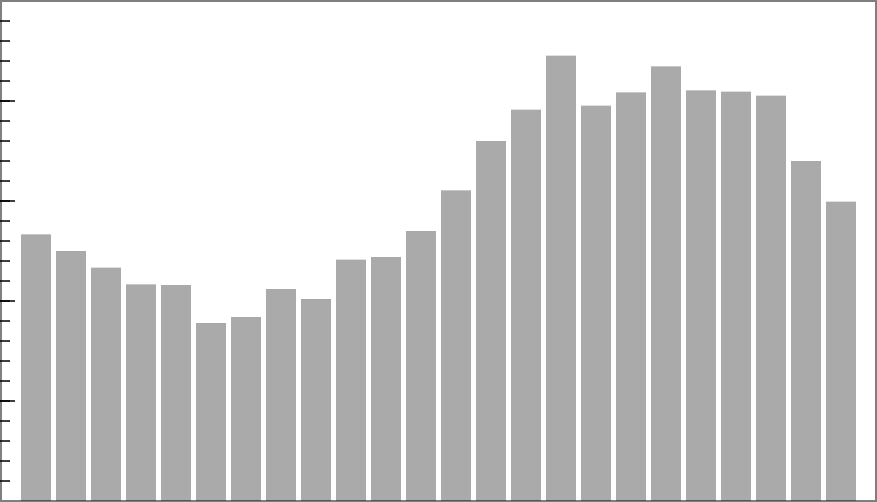 The X axis is hours (UTC, floored), and the Y axis is total number of questions, on a linear scale of 0 to 750. This graph is slightly more useful, showing that the highest number of questions are posted between 14:00:00 and 21:00:00 UTC. This is between morning and mid-afternoon in the US, and late afternoon to night in the UK.

I can't seem to find much of a purpose for this information, but do what you want with it. I guess I wasted my time so you don't have to, although it's entirely feasible that I'm the only one boring enough to even think about this (:.

Part two: The relationships between question length, views, and votes

10
Popularity of posts, based on capitalization (no graphs this time)
8
CGCC Data Analysis #1: Tags
8
The relationships between question length, views, and votes (and more painfully unlabeled graphs)

15
Re-evaluating [tips] and tip-like questions
14
Let's deliberate about [1p5]
7
What to do about the Schlafi question (and are time consuming pure programming puzzles on topic?)
11
When it is and is not acceptable to edit someone else's post