After many long years, the thrilling dark mode for Stack Overflow has just been released! However, it's not everywhere and this cryptic paragraph is all we have regarding that decision:

For now, we have no plans to bring dark mode to the many sites across the Stack Exchange network. Many of the designs on our sites have been around long enough that converting them to dark mode would require redoing the artwork completely. We would prefer to avoid giving anyone across our network a substandard experience and we don’t want to change those elements without the input of these communities.

Now, I'm not asking this on Stack Exchange Meta, because it makes sense to me for most other flavors of SE, eg Seasoned Advice for cooking. They have their own cover artwork and aesthetic, and the majority of users likely haven't developed a taste (pun intended) for dark modes.

However, as far as I can see, our layout is the same as SO's and shouldn't require re-working anything. And I can only imagine that as many people would welcome the feature here as did on SO.

Curious to hear what, if anything, is keeping Code Golf moderators from pulling the UI changes here. If nothing else, the internal 'politics' of SE are starting to intrigue me; I never realized the different communities were so fractured and independent!

Note: Would normally show some evidence of research and effort, but I didn't know where to start looking for answers with this one. Also, am unclear on whether this falls within the scope of questions here or whether it's better warranted elsewhere. Please do let me know!

As stated in the announcement on Meta Stack Overflow,

At this point, the focus of Dark Mode is on Stack Overflow [...] While the retheming we did across the network two years ago makes updating our LESS easier, creating dark versions of all of our sites, particularly the custom-designed ones, is going to be a huge challenge we’re not able to contemplate at this time. The artwork on some of those sites simply can’t be made dark because we don’t have access to the original art files and, to be honest, some of the themes will always be better as-is.

That being said, I have experimented with copying Stack Overflow's stylesheet over to PPCG, which... works in a sense, in that the page appears dark, but it makes the site look kinda like Stack Overflow. shrug To me, having a fully supported dark theme is more positive than making PPCG look like SO is negative, so I still think this is better than nothing.

If you also want this, you can do what I did, which is install a custom stylesheet plugin for your browser (I use Stylus for Firefox, there's also a Chrome version), then add the stylesheet produced by the following bash command:

(This simply removes the check that the dark theme is enabled from the stylesheets -- this is better than a userscript because there will be no flash of light theme before the JS kicks in.)

I've mirrored the command's output on Github if you don't want to / can't run it yourself -- but be warned, I make no guarantees as to how frequently I'll update this.

It also works without modifications on other network sites: 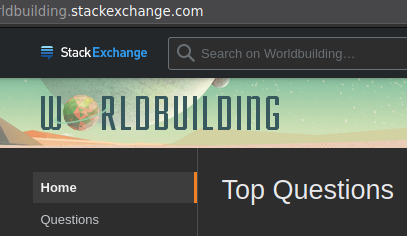 18
Moderation: a call to action
2
Move the sandbox to main
35
Should we increase our post character limit to allow substantial stack snippets?
182
Increase reputation awarded for questions
28
New "stock theme" roll out
64
The PPCG Site design is on its way - help us make it awesome!
7
Should the Language of the Month post be an "Upcoming event"?
3
Can we change the Late Answers prompts regarding duplicates?
6
Fix the sandbox link in our info box