best-of tag not showing the "Cast your vote for" posts

Navigate to the best-of tag and you'll see the following: 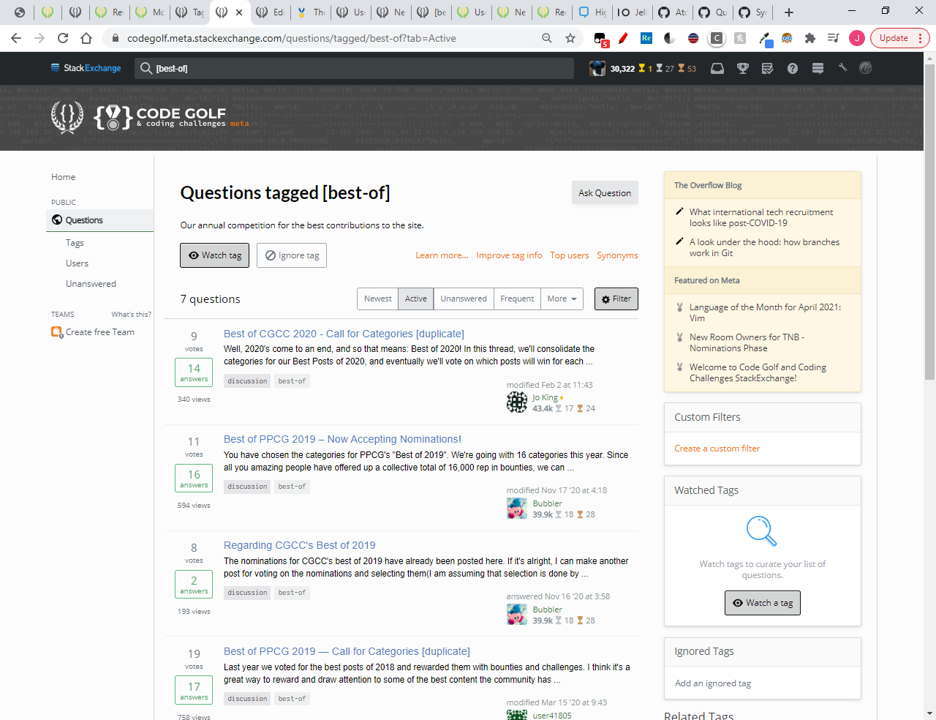 This doesn't show any of the "Cast your vote for Best of 20XX" posts, such as this one (which should be at the top, when sorting by active).

All of the missing posts are locked, this might have something to do with this bug.

Historical locked intentionally do not show up in tag searches. From the Meta Stack Exchange FAQ:

Additionally, on main (non-meta) sites, historically locked questions are omitted from normal question lists (those on the home page, /questions, and the various per-tag lists), but can still be found by searching for words in the post or title (via either site-search or Google, etc) or by using the search operator locked:1.

That says "(non-meta)"... so... Uh... Here's the thing. I've known that this doesn't work for a long time but I've never realized that the FAQ specifically says that meta sites aren't supposed to hide Historically locked questions... the point being, I have gone for ~5 years thinking that this was intended... and I'm pretty sure (though I can't be certain) that it's been like this for that long.

Shog added that note to the FAQ back in 2012 and it was rephrased more recently so there's about 9 years during which it could have broken - if it was ever intended to work at all. So, the question now is... how should it work?

I can see the value of using historical locks the way y'all do - in fact, before I started working here, I asked for a way to do that for exactly the reason y'all are using it. Note, point 2 in my question is that the posts don't appear in the active list - which means this bug was confirmed as existing (and thought to be normal!) back in 2016.

So, I marked this status-bydesign when it got cross posted to MSE and linked back here - because (as indicated by the beginning of this post) I thought everything was working as normal - and I'm not actually convinced that this behavior is always wrong. Historical locks are supposed to be an indication of something on the site that shouldn't exist - which is why they're hidden and, while I completely love the way y'all are using them and see the value in not hiding them, I'd much rather give y'all a better way of doing what you're doing that supports the community project rather than using a bad lock because it does what you want it to do.

At this point, I can change the status back to status-review and actually see if we can fix how historical locks work on meta sites... or I can add it to my MSE question from 2016 and see if we can actually build a better tool. Thoughts? I suppose "both" is also an option.

Not the answer you're looking for? Browse other questions tagged bug status-completed best-of .