Do we want Stack Snippets?

A new feature called Stack Snippets was introduced that allows users to embed runnable code snippets in their posts. According to the blog post:

If you feel that a particular site should have Stack Snippets, post a feature-request on that site’s meta – if there’s support from the community there, we’ll enable them.

Well, I think Stack Snippets would be pretty great here, for several reasons:

Finally, here's an example of Stack Snippets in action. (Note that you can make them non-collapsed by default, so you can still see the code.) Try it out here! 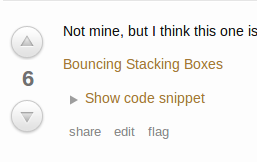 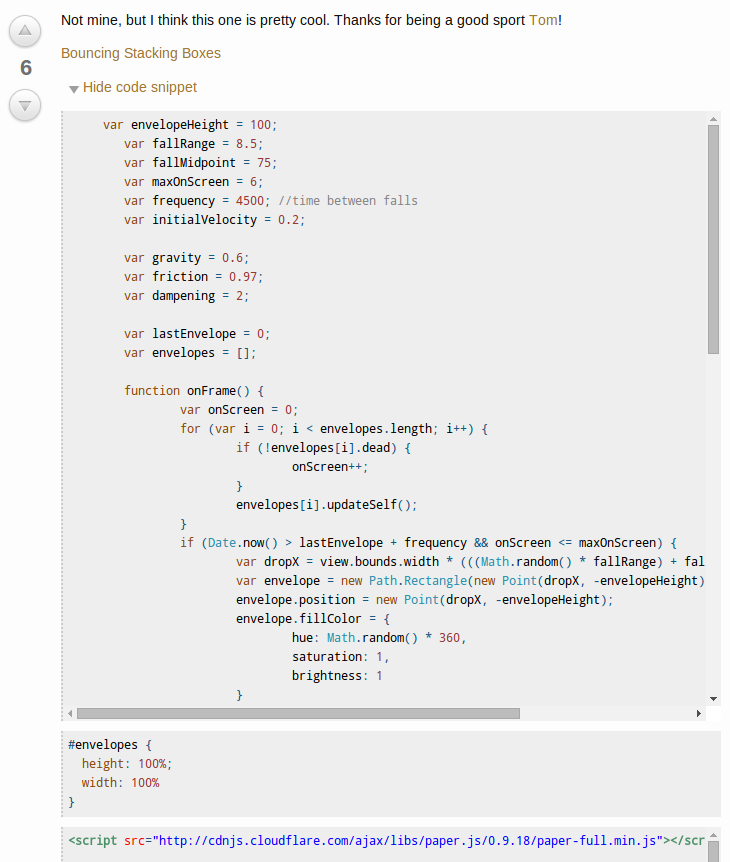 For a site that doesn't tend to go in much for language-specific puzzles, JavaScript is doing pretty well here. In light of that, I see no reason to not enable this - enjoy!

I see a couple potential issues, but nothing that's a deal breaker.

Some snippets posted here (especially for golf) have insane runtimes, memory needs, etc. At the least, we should encourage users to mention this if what they're posting will use an inordinant amount of time/resources. (they should probably do this anyway, but I see it as more important if running it is a single click away).

The same could be said about anything potentially malicious, although I see a lot less of that in general.

Pretty pictures get you votes, I think we can all agree on that. One-click runnable code would probably also get you votes, if only because people can immediately see output and verify it's correct. That's not really a problem, except that it's limited by language. Should JS answers have an advantage because the output is so accessible? Is that advantage large enough to worry about? I don't know yet, but it's a possibility.

So like I said, nothing that I consider a deal breaker right now, just things to ponder. On the whole, I think it would be a good addition. Even more so if there were more languages available (but I'm not holding my breath for that).

Not the answer you're looking for? Browse other questions tagged feature-request status-completed stack-snippets .

9
Do we want to share our Stack Snippets on meta? If so, using which format?
62
Leaderboard Snippet
23
An info box to point new users to The Sandbox
25
Users with 1 rep aren't able to post answers on Meta
7
Conclusive opinion on having a Hello, World! feed